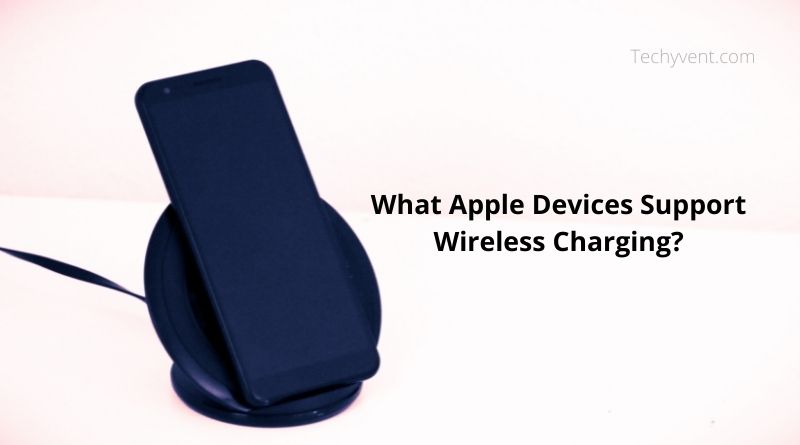 Apple is moving rapidly towards a wireless future with lacking a 3.5mm headphone jack. It supports wireless ear pods and wireless charging systems for its customers. Due to these features, these mobiles are offend used by the businessman for ease of their work. With time passage of time, Apple will be the most successful in wireless features.

The Cupertino-based tech giant launched the iPhone 7 Plus without a headphone jack in 2017, a year ago when iPhone 8 Series is introduced, it also allows wireless charging support. Wireless features allow their users to charge their mobile without inserting any cable in the mobile jack and it also allows them to use ear pods instead of headphones.

We will tell you about all the Apple devices which can be charged wireless, which sounds good to the users of an iPhone, these wireless features allow you to charge your mobile on an iPhone stand or a battery adapter.  Wirelessly charging is not a big deal that is something you look out for before buying anything branded with a bitten Apple.  It allows for an easy and direct charging experience. You can use a power adapter or a charging stand to charge your iPhone intuitively.

The Apple Watch Series 4 and above

Apple Watch doesn’t use a USB or lightning cable, unlike iPhones, it makes use of the QI charging technology.  Any of the Qi chargers will not charge the Apple watch. They are only charged by their chargers. QI chargers are specially designed to make sure that only iPhones are charged on the wireless charging pad. That makes the slandered for iPhone users to charge with ease.

iPhone will not charge if your mobile is connected through lightning or USB cable wirelessly.

A wireless charging case stand-alone was launched with the Airpod 2 when Apple released them last year. The interesting feature of this wireless stand is that it will charge the 1st generation of AirPod as well. iPhone users have the advantage to charge both AirPod on it.

You can also charge your Apple pencil wirelessly on your iPad Pro.

In the future, more devices offered by Apple will come with wireless charging support which is a good thing for end-users. Do you use one or more of these devices? If yes, then share your experience with us.