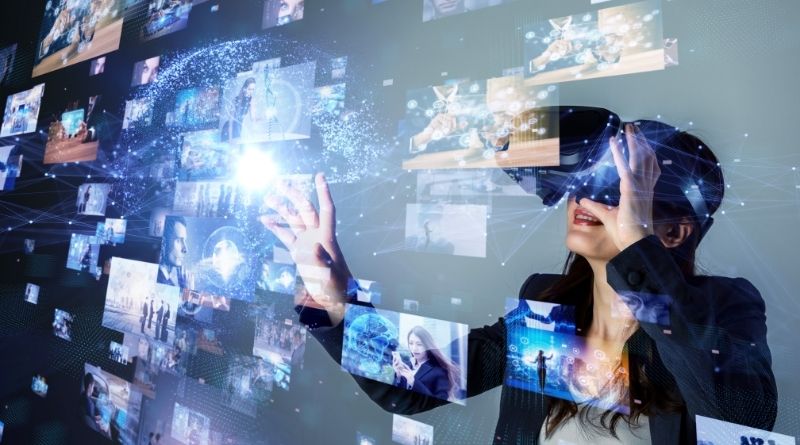 Business simulations are a good way to get your feet wet in a professional setting without risking real money, but they can be hard to find and expensive. Here’s an overview of four popular business simulation games you can try today!

Read Also: How to Start a Business in 2022: A Step-by-Step Guide

Some people seem to have business in their blood. However, for those who don’t, there are several business simulation games that help you understand everything from leadership and administration to marketing and accounting. The best part? You don’t even need to own a business to start playing these games!

In i-Commit, players take on a top management role in a real estate development firm. The game focuses on developing and maintaining profitable commercial properties within New York City. Players must juggle multiple objectives, including capital budgeting, tenant demand forecasting, market research, and property acquisition. In order to succeed in i-Commit, players must act quickly to avoid bankruptcy as they negotiate obstacles that threaten their bottom line.

There’s something to be said for being able to visualize your goals, especially when you’re trying to get from here to there. And if your goal is becoming a successful entrepreneur and growing a multi-million dollar business, one great way to do that is through video games—so why not try a game that helps you learn how to become one? This list includes some of our favorite business simulation games that we think every entrepreneur should play, and even try playing together.

An innovative approach to business simulation games in which you run a video game studio and build franchises around various video game genres, including horror, multiplayer war games, casino gambling, and more. By building a successful company within Game Corp DX, you can invest in new video game genres or even buy out competing studios to extend your reach into other markets. Or, if you’re ready for a change of pace, host virtual competitions between rival studios to prove that your team has what it takes to reign supreme overall!

Build it, run it, grow it. Virtual City is a business simulation game that enables you to plan and manage cities from an overhead view. In Virtual City, you are tasked with building a city and ensuring its inhabitants have access to basic necessities, such as shelter and food. The first step to succeeding in virtual management is good planning; with limited space and resources at your disposal, efficient placement of residential areas, commercial hubs, and industrial development is crucial.

Also Read: 21 Online Business Ideas You Can Start In 2022

This is an old favorite in business simulations. The best part about Industry Giant 2 is that you can really dive into your area of expertise. If you want to become a titan of Finance, you can do that. Or maybe you want to expand your steel empire across Asia? No problem! Industry Giant 2 gives you a level of customization that other games simply don’t have. You get to choose where you start and what type of industry (or industries) you specialize in, giving it tons of replay value.

This business simulation game lets you manage a hospital, keeping patients happy and healthy while earning money by providing treatments and operating on equipment. Although it has some glitches and can be overwhelming at first, Healthcare Mogul is fun to play and a great way to familiarize yourself with common health care terms. Make your own career out of healing!

Tycoon City 2 is one of the most exciting business simulation games to be released for several years. The game focuses on large-scale management and public transport, so it’s perfect for people who have an eye for detail but also want a real challenge. Based in New York, players can build their own transport system from scratch, taking care of every detail while also working alongside other tycoons who are competing against you to run a successful transport company.

Running a hot dog stand is a fun business simulation game. The goal of Hot Dog Stands is to make it through six levels as a simple hot dog vendor. The player must choose what items to sell and how much to charge in order to make money while keeping customers happy. In later levels, players will also be able to purchase additional carts, upgrade their carts and hire workers that can work simultaneously with you at each location. It’s a simple but fun way for business-minded individuals to practice their skills.

Read Also: What Are Porter’s Five Forces and How Do They Apply to Your Small Business?

Available for both iOS and Android devices, Fashion Story, Inc. is a virtual business game in which players create their own clothing lines from scratch. The player selects from hundreds of available designs that can be tailored to fit any occasion or individual. Designers then sell their merchandise through social media platforms like Instagram, Facebook, and Twitter (among others). As players earn more money they can hire marketing specialists to help improve sales by promoting their products in different locations around town.

A Space Company Simulator is a good way to practice your business skills on a smaller scale. This game puts you in charge of a space company, and it challenges you to complete space missions. Missions are procedurally generated and require you to manage your company’s resources, including spaceship parts, fuel, and other materials. As your company becomes more successful, you can upgrade its facilities. Most missions play well enough that players can continue without having to resort to microtransactions or pay-to-win mechanics. 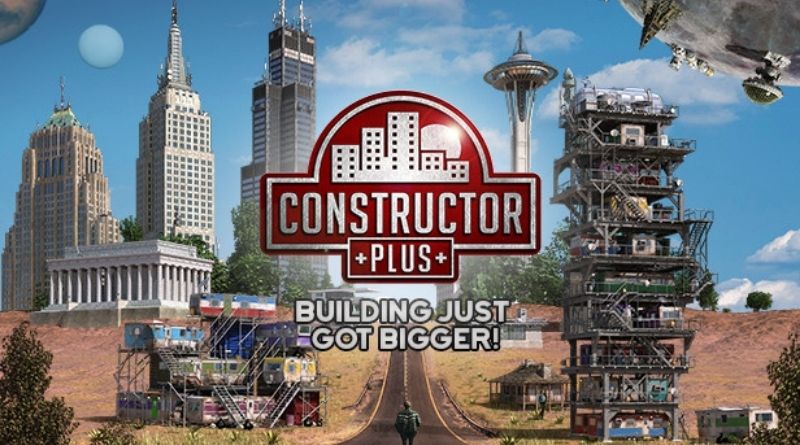 Build The World You Want To See: In Constructor Plus, you are a business tycoon and your only goal is to make as much money as possible. While you can complete tasks to earn an income, Constructor Plus is all about giving you a sandbox environment to build anything your mind can conceive. There’s no right or wrong way to do things in Constructor Plus; however, doing them quickly will reward you with bonuses that will allow you to make more money faster.

This hardcore business simulation is best played with three friends: You’ll have to divvy up tasks and assign your workers to various jobs in order to maintain productivity. The game will teach you everything from supply-and-demand principles to basic marketing concepts, and it’s one of the most rewarding experiences you can have in a virtual marketplace. Just make sure your computer is fully equipped before embarking on an Anno 1404 journey. It requires a lot from your hardware!

Skylines just got its first expansion, a multiplayer mode. But don’t let that scare you off from trying out one of 2015’s best games: Cities: Skylines is still brilliant. It lets you create a city from scratch, manage traffic, and deal with emergencies—all at once.

The 17th iteration of Farming Simulator moves to an entirely new engine, meaning you can expect better visuals than ever before—though not at the expense of realism. That’s right: The game remains as detailed and accurate as ever when it comes to farming, including windrows and dedicated harvesters for specific crops.

Released in 2012 by Hairosoft, Game Dev Story is a creative sim that tasks players with managing their own game development company. Within 24 hours after its release, Game Dev Story was downloaded over 100,000 times and has been translated into five languages since. The game boasts an impressive 4.6/5 star rating on both iTunes and Google Play.

Based on a fictional game show, Job Simulator allows you to step into one of many funny jobs and immerse yourself in an alternate reality. This humor-based game offers many different experiences, but all have a futuristic twist to them. It’s hard not to chuckle at how something like reading ingredients on an ice cream cup looks when you have giant mechanical arms attached to your head. For anyone looking for a creative approach to business simulation games, Job Simulator is well worth checking out.

Released in August 2017, Mashinky is a groundbreaking business simulation game that combines several popular game mechanics into one. It’s designed to teach players how to operate a successful business using key concepts such as supply and demand, consumer behavior, cost-benefit analysis, and more. The game is highly interactive, allowing players to choose their avatar and location before they start playing. The main goal is to become as rich as possible within 12 months by designing highly effective supply chains.

There are a ton of racing games out there, but Motorsport Manager is different. This simulation game has you managing every aspect of your racing team and involves many aspects that you will find familiar if you have ever owned or worked at a business. It’s not uncommon to find yourself working with marketing campaigns, sponsorships, and even product development! Throw in good graphics and an addicting challenge system, and it is no wonder why Motorsport Manager sits atop many best simulation games lists.

An independent game based on business management, Rise of Industry sets you in a fictional 1980s-style world and tasks you with starting up a farm. You can make use of unique natural resources, land types, and even weather conditions to aid your business venture. As you get your company off its feet and running smoothly, you can expand its territory to take over other farms nearby.

Tycoon games are typically associated with economic simulation, which takes you through a roller coaster ride of highs and lows. RollerCoaster Tycoon is one such game that takes you through just that. As a manager in an amusement park, your task is to create rides and attractions to earn money. This classic simulation game was released by Infogrames in 1999 but was acquired by Atari in 2013. Through additional updates and releases, it continues to be very popular among gamers across age groups.

There’s a reason Transport Fever was named game of the year: it takes you back to your childhood, when business sims and tycoon games were all about building a system that could be sustainable. And even though we’re grown up now, everyone can use a bit more education about their finances! Transport Fever is fun, educational and gives you access to your own railroads if you want them. This one is great for students and fans of logistics management.

If you’re tired of playing as a fictional leader or you want to experience a more realistic setting, consider Tropico 4. Released in 2010 by Kalypso Media, the simulation allows players to craft their own nation from scratch and watch it grow from an island backwater into a burgeoning superpower. In Tropico 4, your ultimate goal is to win over enough favor with El Presidente (the president) that he lifts his iron-fisted embargo on your humble island territory. 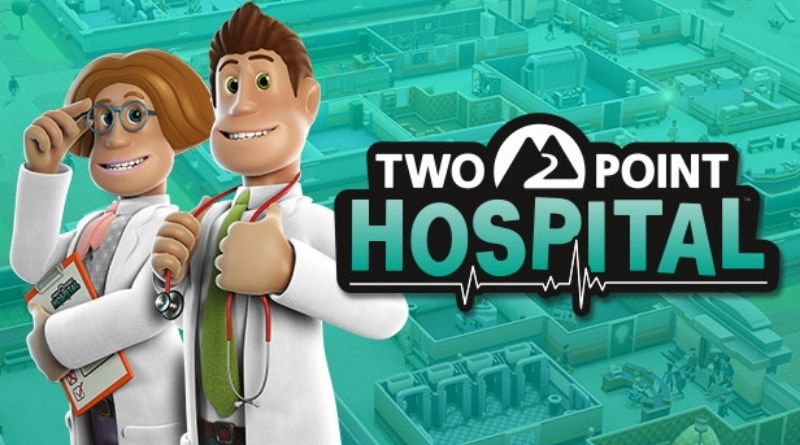 This 4X-like city builder lets you create a hospital that has to work on budget and schedule (and manage staff and equipment) while you care for patients. Two Point Hospital is visually and sonically beautiful, with tons of lighthearted charm in its detailed cartoon graphics and funny writing. It’s a good game for those who have played games like Theme Hospital, as it follows similar principles.

Made by Playrix, Virtonomics is an RTS game where players have to take control of a virtual country and turn it into a powerful empire. To achieve success in Virtonomics, you’ll need to manage your resources, develop infrastructure, create advanced technologies and build alliances with other countries to create an unstoppable economic force.