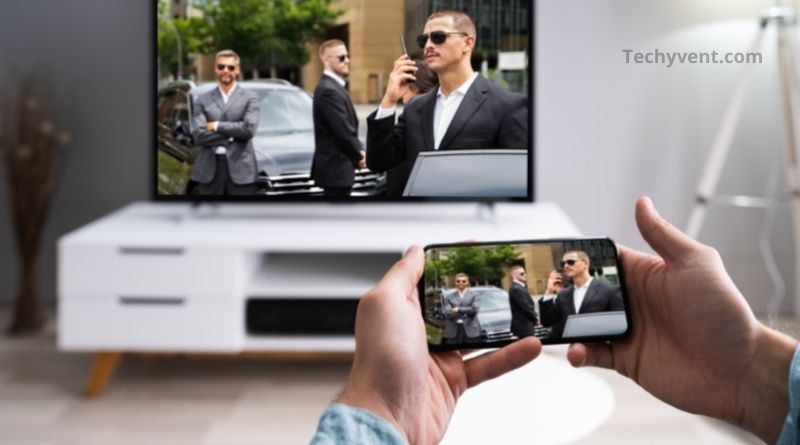 If you are an iPhone user, watching something on your phone like movies or a cricket match you desperately wish to watch that on your TV screen instead of mobile because on TV you will see a larger image than on a mobile screen. Now in modern life, you have to be familiar with these kinds of advanced features of your iPhone.

Everyone wishes to watch something on a big screen instead of on a mobile screen.  You will be more confirmable while watching YouTube videos, TikTok, photos, or a cricket match on a TV screen instead of your mobile in your living room. Your room will shine when something your will be watching on a big screen.  You can connect your iPhone to the TV in a very easy and simple way although one of them will cost money.

We will tell you how to connect your iPhone to the TV in a very easy way without any delay.

Go old-school with a wire

Almost 15 years are gone on making a device that outputs an image onto a TV. By using an HDMI cable it will be done easily, one end of the HDMI cable is attached to the device, and one end into a TV port. It is a simple way to your big screen in a use by HDMI cable. On your output device like your Xbox, your big TV, Roku, or whatever you have are transferring its signal out on your big screen. You can watch any media on your TV while attaching your device to the big screen over some bridge-like HDMI cable.

But in the case of an iPhone, an HDMI port is not available the iPhone can’t be attached by HDMI cable like other smartphones. Mobile devices don’t have an HDMI port to connect them with your TV. Only one tiny port is available in mobile phones for charging and one port for the headphones no other extra port will be found in mobiles are these port are enough to cover the sufficient place, as mobile phones are small in size no other ports are made to make them in a good shape while using them. For Apple devices like iPhones, you will need to buy Apple’s Lightning Digital AV Adapter, which starts from $20 and ranges to $50.

Also Check: How to hide apps on iPhone

We will not give you any advice to buy but if it is necessary for you may get one of those. Here you will consider your situation better than us, so you should decide on your own to buy if it is necessary. Now if you made up your mind to get one of these adapters, the steps are as follows for you how to connect it, which appear on Apple’s website. Just follow these steps for connecting.

You need to connect all the wires in their proper ports for a display, if your display is not shown on your TV screen, then you might didn’t insert the wire propyl or in the wrong port. Once it is all set, the display of your Apple Phone will be shown simply on your TV screen allowing you to look at the TV screen while using a mobile. Everything that you will run or open on your phone will be shown on your big screen, which will lightning up your room. You can watch videos, photos, or live matches on your TV by simply playing it on your phone. While watching any media it sounds seems to be cumbersome awkward for you, there’s a significantly easier and free way to do this.

We just hope to find you a little familiar with AirPlay, but not to worry if not, it’s Apple’s wireless device-to-device streaming solution that solves the problem we’re discussing today, you are just a few taps away from you on an iPhone. You just need your iPhone to be wired if you were reading this and a compatible device like an AirPlay. These days even Roku devices are working with AirPlay and with smart TV as well. An Apple TV streaming box provides this feature if you don’t have both devices.

You have to identify the icon AirPlay, for making it work. While watching a video in a streaming app or a web browser you will that icon there, just have to find that & click on it. Its shape is like a triangle with an upward face.

AirPlay device will be connected in the vicinity when you will press it first, whatever you happen to be watching onto the TV. To work properly, you will have to make sure that both the Airplay device and iPhone are connected over the same Wi-Fi network. The only issue that might be happening is that you didn’t see the device on a connection list after tapping the AirPlay icon.

Read Also: How to force quit your iPhone

By the use of an HDMI adapter, an iPhone’s screen can be visible to an AirPlay-compatible device without using any other cable to connect with. You will find a big button “Screen Mirroring” on your iPhone when you bring the control center by swiping on the phone’s screen. By tapping it, a dialogue will open which asks you to enter a passcode on-screen while connecting to the AirPlay device and you’re in.

For an iPhone display onto a TV, the most likely and easiest option for people is to use AirPlay. Many modern devices support it for use to connect iPhone to a big screen. If you have to make some decisions compatible with the results, here is one option.

A Chromecast will get you part of the way there, too

An Apple competitor might be made a Google’s Chromecast technology, but with iPhone, its working is all same. So if you want to use the Chromecast with your iPhone, then You just need a dedicated Chromecast device for your output display or a smart TV with Chromecast built-in.

The iPhone users can only use the Chromecast functions that are similar to the AirPlay. By tapping a Chromecast icon you can discover the streaming apps YouTube videos directly from an iPhone to a Chromecast. Chromecast icons look very different from AirPlay icons but cover the same features.

Read Also: How to Find Downloaded Files on an iPhone or iPad

Chromecast doesn’t support the phone screen onto a TV screen, it is quite limited, and we can see the iPhone display on a Big Screen by using Chromecast. It doesn’t have the features like AirPlay.

There are many other options through which you can look at your iPhone display on your TV screen through some devices and media. You can HDMI cable to connect with your TV to get your mobile display on the TV screen, rock with AirPlay, or roll with a Chromecast.