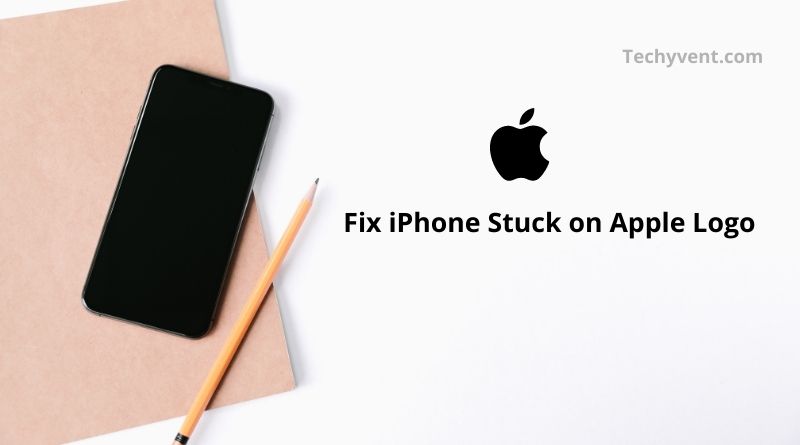 If you have an iPhone, you’ve certainly experienced some annoying issues. One of the most frustrating scenarios is having your iPhone stuck on the Apple logo. You won’t be able to do anything else with your iPhone unless you can get through the glowing Apple logo on the panel.

How do you personally handle this issue when you get stuck there, Let us know.

I’ve brought you some simple and proven techniques to cure the iPhone Apple logo loop problem to make things easier for you. So, read on to learn about the various options for resolving your iPhone’s problem.

Also Read: How to change your iPhone’s app icons

This resource will keep you up and running with a full explanation of how to fix an iPhone that has become stuck on the Apple logo.

The first step in resolving the problem with your iPhone stuck on the Apple logo is to force restart or hard reboot it. And it typically works in the majority of situations. That is, only if your iPhone does not have any other known concerns. So, let’s have a look at the entire procedure down below.

How to solve the Apple logo loop on various iOS devices by hard rebooting them.

For iPhones 8 and above, as well as iPads (Don’t Press Home button)

For iPhone 7, iPhone 7 Plus, and other iOS devices from the 7th generation:

Hold down the Volume and Power keys at the same time until the screen goes off. After then, hold down the Power button until the Apple logo displays on the iPhone’s screen again. Your iPhone will be hard rebooted and restarted during this procedure.

For iPhone 6, iPhone 6s, or previous models, as well as iPad (include Home button):

Using both hands, press and hold the Home key and Side (or Top) buttons at the very same time. When you see the Apple logo emerge on your iPhone’s screen, released them.

Method 2: To solve your iPhone stuck on the Apple logo, use Tenorshare Reiboot.

There is now a variety of third-party software available to help you with any of your iPhone problems. Tenorshare Reiboot is one such tool that is suggested for troubleshooting your iPhone getting stuck on the Apple logo. This application has been welcomed by users as the finest solution to the problem at hand. Furthermore, you will not lose any data if you use this software to reboot your iPhone.

Read Also: How to hide apps on iPhone

It will tell you that you need to update your iPhone’s firmware. This new firmware will fix the iPhone’s problems. The firmware may be downloaded quickly using the Tenorshare Reiboot software.

Your iPhone has been successfully repaired after that firmware has been downloaded and installed.

Simply continue the normal setup routine to restart your iPhone.

Method 3: To solve your iPhone stuck at the Apple logo, use DFU Restore mode.

The DFU (Device Firmware Update) Restore approach is the third and last option for resolving the iPhone boot loop. This should only be used as a last option because it will result in the loss of data on your iPhone. So, let’s get started with the procedure.

Read Also: How to force quit your iPhone

For iPhones 7 and above, as well as subsequent generations:

If you chose to utilize the DFU mode to fix your iPhone stuck on the Apple logo, be aware that data loss is a possibility. Having said that, I hope this advice proves useful in resolving your iPhone problems.

Let’s say you routinely find yourself in a position where your iPhone is stuck on the Apple logo. In that situation, you may surely use the three methods described in this article to resolve your problems.

When the Apple logo on your iPhone repeats, it’s most likely due to a bug in your iOS device. In the vast majority of cases, simply updating to the most recent firmware package would be sufficient. If, on the other hand, the problem is caused by a hardware issue, you should contact Apple Support. If this is not the case, seek assistance from Apple device specialists and the Apple store.

The above article will help you out to resolve your apple logo stuck problem. The DFU is a risky option as loss of data may occur, so use it carefully.